A problem that I’ve seen lately reduces to the following problem:

We have a square, and we put a point on each side of the square. Then we connect the four points to create a quadrilateral. How can we make this quadrilateral have the smallest possible perimeter? 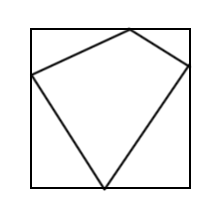 Intuitively, you may believe that this natural, obvious configuration should produce the least perimeter: 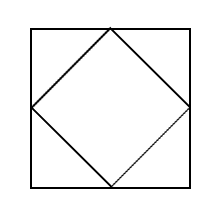 How can we prove that this indeed gives us the smallest possible perimeter?

A first attempt might be to give variables to the side lengths, and somehow find the minimum perimeter using algebra and calculus tools. So there are four independent points — let’s parameterize them with four variables, and assume the side length of the square is 1: 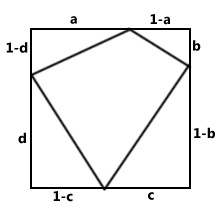 Then we want to minimize this expression:

At this point, it isn’t clear how to proceed — there doesn’t seem to be any way to minimize this expression of four variables.

We’ll have to try something different. It’s hard to make sense of anything when there are four independent variables. Instead, if we expand things out a bit, things start to become more manageable: 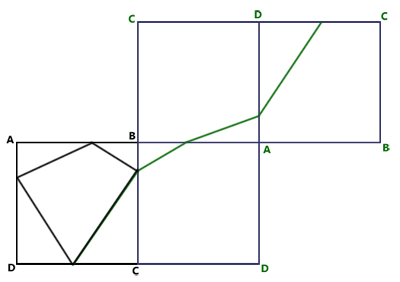 What we did was reflect the square three times, and each time the square is reflected, the inscribed quadrilateral goes with it. By taking only the relevant parts of the quadrilateral, we get the green path.

Now we might have a solution. If we had a different green path, can we reverse the steps and get the original quadrilateral back? Basically, the following requirements have to be met: 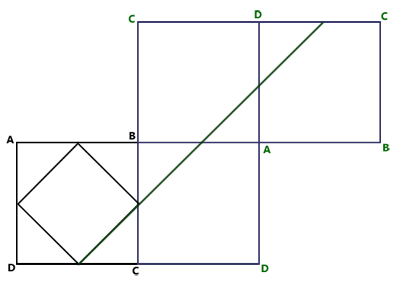 Our intuition at the start was well-founded.

Now notice that this isn’t the only possible shortest path. If we move the entire green line to the left or right, we get a different path of the same length!

For instance, the degenerate ‘quadrilateral’ formed by connecting two opposite corners has the same perimeter as the one we get by connecting the midpoints. Neat, huh?