This week marks the end of a hobby project I’ve been working on for the last few months. It’s called WATisRain, and here’s a link to github. Initially an Android app, I ported the app to iOS over a period of two months. Yesterday, the app was approved on the app store, you can download it here.

I was never an Apple person. I do not own a Macbook, iPod, iPhone, or any Apple device.

My first mobile platform is Android. In this post I talk about my first impressions as an Android developer. That’s a story for another day.

Last year I started work on an app to navigate the tunnels between buildings of my university campus. The network of buildings, tunnels, and bridges were not very well known, even among upper years, so I figured it would be a cool idea for an Android app.

I worked on this idea on and off for a few months, then released version 1.0 to Google Play. The app quickly got about 2000 downloads and a couple dozen positive reviews. I was pretty happy.

An obvious next step to take is port this to iOS. The campus population is split between Android and iOS, so an Android-only app locks out a significant fraction of the user base. Unfortunately, I didn’t build my app with any of the cross-platform technologies, so this involves porting the entire codebase (2k lines of Java) into objective-C. I also didn’t have a Macbook or iPhone, both of which happens to be pretty crucial for iOS development.

Few months later, I landed an internship at Minted, in San Francisco. My company lent me a Macbook Pro, so I finally have the hardware to work on an iOS port. I still didn’t have an iPhone, but no matter. Surely the simulator is sufficient, right?

Motivated by a hard deadline (I had to return my Macbook at the end of my internship), I worked evenings and weekends to finish the iOS port. I ignored all coding conventions and translated my Java code, literally line by line, into objective-C.

It only took a few weeks to port over all the features and get it on the app store. I called a few of my friends who had iPhones, and asked them to download my app. They confirmed the app works. Mission accomplished.

My overall impression on iOS development so far is mixed.

I’m impressed with the technical aspects of Apple’s products, from the iPhone devices themselves to the IDE, Xcode, that Apple provides for developers. Compared to Android development, I was faced with far fewer random IDE glitches, inconsistencies between devices, and the like. Developing on the simulator worked amazingly well — enough to get me to the app store. For comparison, it would be unimaginable to develop the same Android app entirely on the emulator.

What I really disliked is the closed and proprietary approach Apple takes for its products. First of all, you need a Mac of some sort to develop for iOS, period. I can happily develop Android on any platform I want, but I cannot run Xcode on Windows.

Next, you need to enroll in Apple’s developer program, at a cost of $119 per year. At the end of the year, if you don’t renew your membership, your app is removed from the store. Even if you just want to develop for fun, without submitting to the app store, you still need this license to push your app to your device. In contrast, Google Play charges a $25 lifetime fee for the same thing.

One last thing I have to mention is the app review process takes 1-2 weeks. This is incredibly frustrating, since any bugfix will take a week to push to users.

In practice all these factors combined leads to a high barrier of entry for a hobbyist like me. Let’s calculate. If you spend $2500 on a Macbook Pro, $500 for some sort of iPhone, $119 for the developer program, that’s already over 3000 dollars before you can even start coding.

Can you really develop without a device?

All across internet forums, people advocate that you should test your app thoroughly across many devices before submitting to the app store. It seems that trying to develop without a device is an edge case, often the instructions for a task assumes you have a device, and you have to find a workaround if you don’t.

In my case, it was successful, in the sense that I produced an app that didn’t crash and got past app review. But I don’t know if I got lucky, because things could have turned out badly.

Throughout the whole process, I was worried that running the app on a real device would exhibit bugs that aren’t producible in the simulator. In that case, I’d have no way to debug the problem, and the project would be done. My app uses nothing but the most basic functionality, so I had a good chance of dodging this bullet. But still, the possibility loomed over me, threatening to kill the project just as it crosses the finish line.

A second problem is by copying my original Android app feature by feature, the resulting iOS app looks and feels like an Android app. A friend pointed this out when I sent him the app. I hadn’t noticed it, but after looking at some other iOS apps, I have to agree with him. Actually in hindsight it shouldn’t surprise anyone that without seeing other iOS apps, I don’t really know how an iOS app should behave. But it just never occurred to me that the natural way to do things for me might be unnatural for iOS users.

Finally, this is subjective, but for me it wasn’t very fun to develop for a simulator. Without the tactile sensation of your creation running on an actual phone, the whole experience feels detached from reality. You feel like an unwelcome foreigner in a country where the customs are different, and you begin to question yourself, why am I doing this iOS port anyway?

Part of what kept me going was sunk cost fallacy. I paid $119 to be an iOS developer, so I’d better get at least something on the app store, have something to show for it.

Now that the app is finished, I think I’m done with iOS development. Perhaps the app store is fertile ground for developers and startups looking to make a profit, but the cost of entry is unreasonable for someone making a few open source apps for fun. 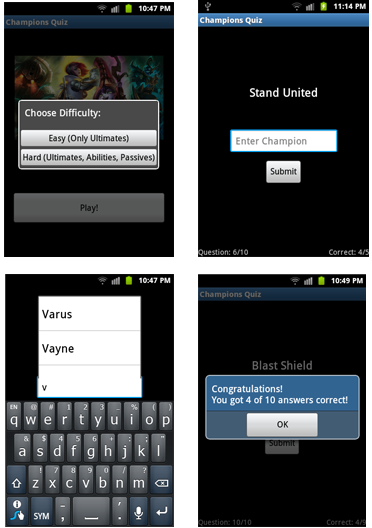 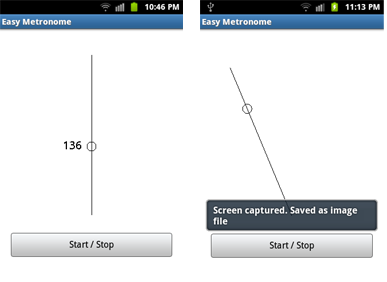