Climate change, housing crisis, China, and recycling. Here are four highly complex and controversial topics that come up again and again in the news, in election debates, and in discussions with friends and family.

Despite all the media coverage, it’s difficult to get a balanced view. Individual news articles tend to present a simplistic, one-sided stance on a complex problem. Furthermore, these issues are politically polarizing so it’s easy to find yourself in a filter bubble and only see one side of the story.

This year, I resolved to read books to get a well-rounded understanding of some of the world’s most pressing and controversial issues. A book can go into much greater depth than an article, and should ideally be well-researched and present both sides of an argument.

The Climate Casino by William Nordhaus

This book, by a Nobel Prize winning economist, talks about climate change from an economic perspective. Climate change typically evokes extreme responses: conservatives deny it altogether, while environmentalists warn of doomsday scenarios. The reality is somewhere in the middle: if we don’t do anything about climate change, average surface temperature is projected to rise by 3.5C by end of the century, and would cost 1-4% of world GDP. It’s definitely a serious concern, but probably won’t cause the collapse of civilization either.

There have been thousands of papers at the IPCC studying various aspects of climate change, but there are still large uncertainties in all the projections. There is a small chance that we might cross a “tipping point” like the melting of polar ice caps, where the system changes in a catastrophic and irreversible way after a certain temperature point. It’s poorly understood exactly what temperature triggers a tipping point, thus adding even more uncertainty to models. Every time we emit CO2, we are gambling in the climate casino.

The three approaches to dealing with climate change are mitigation (emit less CO2), adapting to the effects of climate change, and geoengineering. We can reduce emissions quite a lot with only modest cost, but costs go up exponentially as you try to cut more and more emissions. It’s crucial that all countries participate: climate targets become impossible if only half of countries participate.

Economists agree that carbon tax is a simple and effective way of reducing carbon emissions across the board, and is more effective than direct government regulation. A carbon tax sends a signal to the market and significantly discourages high-carbon technologies like coal, while only increasing gas and electricity costs by a modest amount.

China is an emerging superpower, projected to overtake the US as the world’s biggest economy in the next decade. There’s been a lot of tension between the two countries recently, looking at the trade wars and Hong Kong protests. I picked up two books on this topic: one with a Chinese perspective, and another with a western perspective.

I got this book in Shenzhen, one of the few English books about China in the bookstore. It describes the history of China from 1978 to today. In 1978, China was very poor, having experienced famines and the cultural revolution under Mao Zedong’s rule. The early 1980s was a turning point for China, where Deng Xiaoping started to open up the country to foreign investment and capitalism. He started by setting up “Special Economic Zones” in coastal cities like Shenzhen and Xiamen where he experimented with capitalism, with great success.

The 1980s and 1990s saw a gradual shift from communism to capitalism, where the state relinquished control to entrepreneurs and investors. By the 2000s, China was a manufacturing giant and everything was “made in China”. During the mid 2000s, there was a boom in massive construction projects like high speed rail and hundreds of skyscrapers. Development at such speed and scale is historically unprecedented — the book describes it as “a big ship sailing towards the future”.

This book helped me understand the Chinese mindset, although it is quite one-sided and at times reads like state propaganda. Of course, being published in China, it leaves out sensitive topics like the Tiananmen massacre and internet censorship. 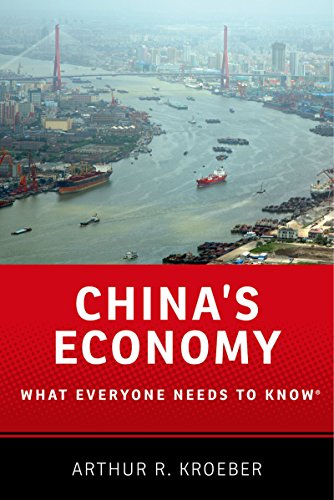 China’s Economy: What Everyone Needs to Know by Arthur R. Kroeber

This book describes all aspects of China’s economy, written by a western author, and presents a quite different view of the situation. Since the economic reforms of 1978, life has gotten tremendously better, with the population living in extreme poverty falling from 90% in 1978 to less than 1% now. However, the growth has been uneven, and there is a high level of inequality.

One example of inequality is the hukou system. Industrialization brought many people into the cities, and now about 2/3 of the population is urban, but there is a lot of inequality between migrant workers and those with urban hukou. Only people with hukou has access to social services and healthcare. However you can’t just give everyone hukou because the top-tier cities don’t have infrastructure to support so many migrants.

Another example of inequality is in real estate. Around 2003, the government sold urban property at very low rates, essentially a large transfer of wealth. At the same time, local governments forcefully bought rural land at below market rates, exacerbating the urban-rural inequality. Chinese people like to invest in real estate because they believe it will always go up (as it had for the last 20 years).

In the early stages of economic reform, the priority was to mobilize the country’s enormous workforce, so some inefficiency and corruption was tolerated. China focused on labor-intensive light industry, like clothing and consumer appliances, rather than capital-intensive heavy industry. Recently, as wages rise, cheap labor is less abundant, so you need to increase economic efficiency for further growth. However, China struggles to produce quality, more advanced technology like cars, aircraft, and electronics (lots of phones are made in China but only the final assembly stage), and mostly produces cheap items of medium quality.

China will be the world’s largest economy in the next decade, although this doesn’t mean much after accounting for population size. Despite its economy, it has limited political influence, and has no strong allied countries, even in East Asia. It also struggles to become a technological leader: most of its tech companies only have a domestic market, and don’t gain traction outside the country. It’s clear that China has vastly different values from Western countries: they don’t value elections and democracy, rather the government is good as long as it keeps the economy running; these ideologies will need to learn to coexist in the future. 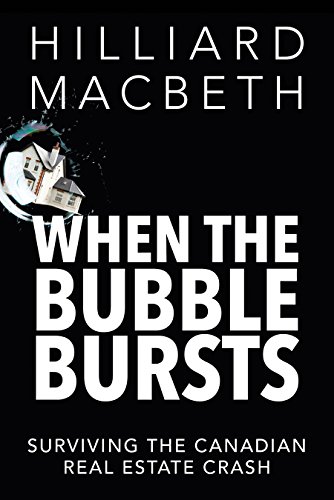 When the Bubble Burst by Hilliard MacBeth

Real estate prices and rent has risen a lot in the last 10 years in many Canadian cities (most notably Toronto and Vancouver) so that housing is unaffordable for many people now. Hilliard MacBeth has the controversial opinion that Canada is about to hit a housing bubble, with corrections on the order of 40-50%. Many people blame immigration and foreign investment, but the rise in real estate prices is due to low interest rate and the willingness of banks to make large mortgage loans.

Many people assume that house prices will always go up. This has been the case for the last 20 years, but there are clear counterexamples, like USA in 2008 and Japan in the 1990s. The Case-Shiller index shows that over an 100-year period, real estate values in the USA have approximately matched inflation. We’re likely overfitting to the most recent data, where we develop heuristics for the last few decades of growth and extrapolate it indefinitely into the future.

A few years ago, I asked a question on stackexchange about why should we expect stocks to go up in the long term — there is strong reason to believe the annual growth of 5-7% will continue indefinitely. For real estate, there’s no good reason why it should increase over the long term, so it’s more like speculation than investment. Instead of an investment, it’s better to think of real estate as paying for a lot of future rent upfront, and for young people to take on debt to get a mortgage is risky, especially in this market.

The author is extremely pessimistic about the future of Canadian real estate, which I don’t think is justified. Nevertheless, it’s good to question some common assumptions about real estate investing. In particular, the tradeoff between renting and ownership depends on a lot of factors, and we shouldn’t jump to the conclusion that ownership is better.

The recycling industry is in chaos as China announced this year that it is no longer importing recyclable waste from western countries. Some media investigations have found that recycling is just a show, and much of it ends up in landfills or being burnt. Wait, what is going on exactly?

This book is written by a journalist and son of a scrapyard owner. In western countries, we normally think of recycling as an environmentalist act, but in reality it’s more accurate to think of it as harvesting valuable materials out of what would otherwise be trash. Metals like copper, steel, and aluminum are harvested from all kinds of things like Christmas lights, cables, cars, etc. It’s a lot cheaper and takes less energy to harvest metal (copper is worth a few thousand dollars a ton) from used items than to mine it from ore, which would take 100 tons to produce one ton of metal.

There’s a large international trade for scrap metal. America is the biggest producer of scrap, and it gets sent to China because of the cheap labor and China has a lot of demand for metal to build its developing infrastructure. The trade then goes into secondary markets where all kinds of scrap are defined by quality and sold to the highest bidder — there is little concern for the environment. The free market with economic incentives is much more efficient at recycling than citizens with good intentions.

Metals are highly recyclable, whereas plastic is almost impossible to recycle profitably because its value per ton is so low compared to metals. For some time, plastic recycling was done in Wen’an, but it was only possible because there was no environmental regulations and the workers didn’t wear protective equipment when handling dangerous chemicals. The government shut it down after people started getting sick. It’s more costly to recycle while complying with regulations, which is why very little of it is done in the US; the scrap is simply exported to countries with weak oversight.

Recycling usually takes place in places with cheap labor. Often you have the choice between building a machine to do something, or hire humans to do it. It all comes down to price: in one case, a task of sorting different metals is done by hundreds of young women in China and an expensive machine in America. Labor is getting more expensive in China with its rising middle class, so this is rapidly changing.

In the developed world, we have a misguided idea of how recycling works, and often we think of recycling as a “free pass” that allows us to consume as much as we want, as long as we recycle. In reality, recycling is imperfect and it will be turned into a lower-grade product; in the “reduce, reuse, recycle” mantra, reducing consumption has by far the biggest impact, reusing is good, and recycling should be considered a distant third option.